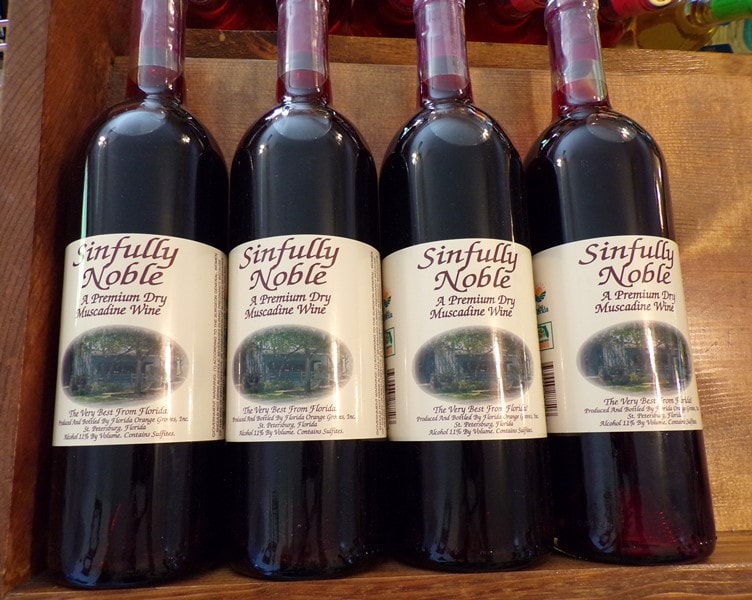 The lady from Missouri sat down at the bar and plopped her handbag on the other stool. “I leave for home tomorrow,” she said. “Today’s my last day and I haven’t been to a Florida winery yet, so I decided to come for a wine tasting.”

The winery wasn’t actually open. When I arrived at Log Cabin Farm, Vineyard & Winery to interview the owner, Kellie Thropp, for the Florida Wine Country guidebook, we forgot and left the gate open, allowing the lady to enter. No problem, however, as Kellie was happy to pour some wine and I slipped out to photograph the vines.

Historically, Missouri is one of the oldest wine-making states in the country. German immigrants, making their way west in the early 1800s, decided the land along the Missouri River reminded them of the Danube and the Rhine. They settled in, bringing their wine traditions, and often cuttings from their old-world vines, with them.

By 1869, 42% of America’s wine was produced in Missouri and the state was second only to California in wine production. The industry continued to flourish and Missouri wine-makers won awards in international competitions for their American wines. Then, in 1920, Prohibition shut down the wineries in Missouri, North Carolina, and other wine producing states, thus ending the livelihoods of many families.

I lived in Missouri in the mid-1990s. By that time, the wine industry there had been reestablished, with a few of the former wine families reopening wineries located in or near the town of Hermann. Adam Puchta Winery,  Hermannhof Winery, and Stone Hill Winery (once the third largest winery in the world and currently the oldest in the state) are all located here on the banks of the Missouri River. They produce German style wines with American hybrid grapes like Concord, Catawba, Norton, and American Riesling.

In addition to its rich wine history, Missouri is home to America’s first ATF approved viticultural area, Augusta. The state’s other claim to fame was the ‘saving’ of the French wine industry in the 19th Century when the ‘Great French Wine Blight,’ grape Phylloxera, threatened to decimate vineyards all across France. Missouri sent hardy, native American root stocks for the French to graft onto their vines and it worked, so naturally the state is a little proud of their wine.

As for the lady at Log Cabin Farm, she appeared, upon entering, to have no expectations about Florida wine. She also didn’t have any prejudices, no ‘my wine is better than your wine’ attitude, and she left with two bottles.

As the resident of a winery town in a wine state, she knew that the best thing you can do when confronted with a new wine is to try it with an open mind and a fresh palate. Wine is for drinking, not analyzing. Enjoy it for what it is, where it is, and when it is.

3 thoughts on “Wine is for Drinking Not Analyzing”